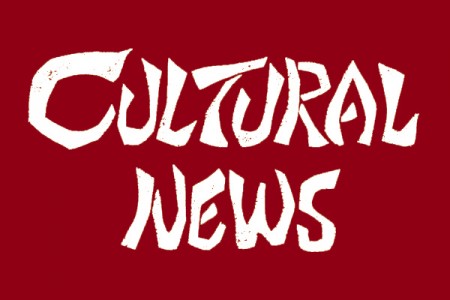 Top Cultural Events in Bulgaria to Look Forward to in 2017

Are you travelling to Bulgaria this year? There are so many exciting cultural events you can look forward to in the mysterious Eastern European country.

We will tell you all about them, but first, you might want to book a hotel in Bulgaria close to airport. Clara Hotel, a popular hotel in Sarafovo would be a good choice.

The Gabrovo Humor Carnaval will be held on 20 May 2017 in the town of Gabrovo. This is a fun filled event where everyone has a great laugh. There are comedians telling their jokes and entertaining the audience; there are dancers, musicians and folk artists. There is plenty of great food, sweet and drinks and there is great music, fun and frolic all around.

The Rose Festival is held from 2-4 June 2017 at Kazanlak. It is one of the most popular events in Bulgaria, which has been celebrated since 1903. This year the festival will have been held for a record 114 years in the town of Kazanlak. The highlight of the festival will be the parade through the streets of Kazanlak, the public vote for the Queen Rose and celebrations in the rose fields.

The Nestinarstvo is another popular event held on 3 and 4 June 2017 at Bulgari village. This is one of the oldest Bulgarian rituals and consists of barefoot dances on burning embers. The dances are performed by a team of nestinari. The festival is also held in many Bulgarian villages located in the Strandzha Mountains. It combines unique Eastern Orthodox beliefs with historic pagan traditions.

The Cherry Festival is organised from 1-2 July 2017 at the region of Kyustendil. This festival celebrates several different types of cherries in the Kyustendil region. Cherries from this region are very delicious and healthy too.

Zheravna Festival of the National Costume

The Zheravna Festival of the National Costume is held from 18-20 August 2017 at the Zheravna village. This is one of the most traditional Bulgarian festivals where everyone is dressed in a unique folk dress. Nobody is allowed to carry any modern gadget such as smartphones or cameras. Everyone has to participate in the rituals, locals and tourists alike. It is a lot of fun for everyone. There is a plenty of wine and rakia to be had and the traditional dishes are absolutely delightful.

The International Bagpipe Contest is held in the Gela village on the first Saturday of every August. The goal of this festival is to promote traditional Rhodopes folk music and dance. The performances in this festival include the use of musical instruments such as the hornpipe. The festival is now very popular and attracts artists from a number of countries including the UK, Japan, Hungary, France, Netherlands and Ireland. As many as 15,000 foreign tourists are expected to attend this popular festival this August.