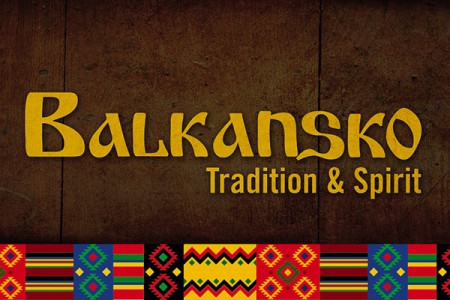 The Wonderful Traditions of Bulgaria

Any visit to Bulgaria would be incomplete without participating in the beautiful cultural traditions of the country. Bulgaria is a very ancient country that has a 2,000 year old history behind it. It has been influenced by customs and traditions of both the East and the West.

Easter and Christmas as the most important holidays in Bulgaria like in any European nation, but the people here have still held on to their ancient traditions.

We discuss the most important of these traditions in this article. But first, are you looking for a cheap hotel in Bulgaria? You might be interested in Clara Hotel, which is easily the best hotel in Sarafovo, not far from the Burgas airport.

The Nestinari dance is a must see during your trip to Bulgaria. Nestinari is described as a sacred, barefoot dance on fire, and the festival is celebrated in many isolated villages in the majestic Strandja Mountain.  It has become so popular that these days this amazing ritual is practiced in the resorts of the Black Sea coast for the benefit of foreign tourists.

The dance combines Eastern Orthodox traditions with ancient pagan rituals and is usually performed on the night of Saint Helen Day and Saint Constantine Day at a town square lit by fire. Most of the dancers are women. They enter the area with the burning embers spread all around them holding ritualistic symbols in their hands. They get into a state of trance during the dance, in response to the sacred drum beat and do not feel any burning sensation or pain from the effort.

Trifon Zarezan is a beautiful tradition in Bulgaria held every 14th February, the same day as the Valentine’s Day. It is a celebration of wine in all forms. Vine growers take a day off during the Trifon Zarezan and celebrate the occasion by freely distributing some of their wine amongst the public. There is a lot of fun to be had and everyone is literally in their high spirits.

The Kukeri Festival is a popular tradition in Bulgaria, where people get together in late January or early February and dance, wearing scary costumes. It’s a whole lot of fun everyone, especially for kids. The dances are organized in a traditional, ritualistic manner, and are believed to scare the evil spirits and drive them away. The dancers wear large, creepy masks and thick costumes, and sport bells on their belts. The towns of Pernik and Blagoevgrad are worth a visit at the time of the Kukeri Festival.

Baba Marta is n ancient tradition in Bulgaria when every gets together and welcomes the onset of spring clad in red and white Martenitsa, a special yearn adornment. It is held on the 1st of March every year, and on this day, Bulgarians greet each other with the words, “Happy Baba Marta”.  Marta is the name of a very old grandmother in Bulgarian traditions, who brings health and spring wherever she goes. Symbols of Martenitsa symbols are tied to trees or placed under rocks.