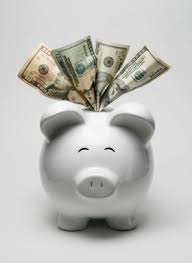 Travelling to Bulgaria for the first time? Or have you been to Bulgaria several times already? Regardless, you will find the money saving tips for travelling in Bulgaria given here very useful.

The first thing you should know is that the Bulgarian currency is called lev (plural: leva), and is available in the form of notes and coins.  Before we tell you more on this, did you book a hotel in Burgas Bulgaria yet?

The Currency Exchange Rate in Bulgaria

One of the most interesting things about lev is that the lev – euro currency exchange rates are fixed.  One € is ALWAYS 1.96 leva.  However, in most currency exchange counters in Bulgaria, you will be offered a rate of 1.80 and 2.10 leva for €1. You should insist on a range of 1.90 - 2.05 leva for €1, or simply reject the offer. There are some exchange offices that charge a commission – never agree to that, it’s probably a fraud.

How to Withdraw Money in Bulgaria?

You can withdraw money in Bulgaria like you do anywhere else in Europe, from ATMs. There are ATMS everywhere in Bulgaria – in shopping malls, supermarkets, post offices, street corners, etc. Your Visa, MasterCard and Dinners Club credit and debit cards will work in most of them. So if you have international debit or credit cards, you can directly withdraw money in the form of Bulgarian currency from the ATMs here, without having to visit a currency exchange counter. There are a plenty of Western Union and Money Gram offices in Bulgaria as well.

Should You Tip in Bulgaria?

Tipping is expected in most restaurants in Bulgaria. You are expected to leave at least 10% of the bill as a tip. Taxi drivers expect to be paid a tip as well. Here too, you can tip them 10% of the fare. Tipping is not expected in supermarkets and other places.

Costs of Living in Bulgaria

We divide the cost of living in Bulgaria into various segments – food and eating out, accommodation, transportation.

Food and Eating Out

Eating out in Bulgaria is very cheap. Street food costs between €1 and €5. Lunch or dinner in a decent restaurant costs €5 - €10 and beer costs just €1 - €2. A loaf of bread costs €0.5, while a bottle of mineral water costs €0.5. You can buy food off stores for a much lower price. As you can see, food in Bulgaria is quite cheap.

There are a plenty of decent hotels in Bulgaria. Do get in touch with us at Clara Hotel at Sarafovo, Bourgas, to know more about how much a booking hotel room in Bulgaria would cost you. Generally hotels in Bulgaria offer great quality at an affordable price.