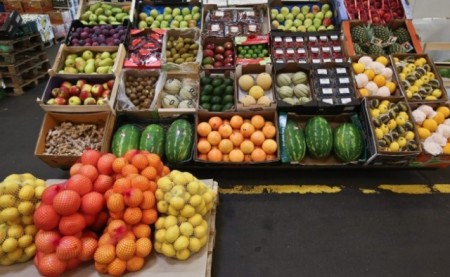 Bulgarian food is often described as the most diverse culinary magic in eastern Europe. Bulgaria is one of the only countries that still produces traditional recipes that are now favourite by the droves of tourists Bulgaria welcomes each year in both the summer season to the black sea coast and the winter season in the Balkan mountainous regions

Tourists visiting Bulgaria are wanting to take a taste of their favourite holidays meals home with them to Ireland, UK and Russia however what makes Bulgarian dishes so special is their use of locally produced fruit and vegetables.

Many would argue Bulgarian vegetables included in salads and other recipes are some of the nicest they have ever tasted and Bulgaria has been often described as a fruit and vegetable paradise.

Fruit and vegetables can be sourced at the traditional Bulgarian markets held weekly, if attended it is hard not to comment on the divine scents and flavours surrounding the market stalls, workers and consumers. The home grown, organic fruit and vegetables included in every meal offered in Bulgaria is one of the best kept secrets of the Balkan regions cuisine and the added zests and flavours.

The Shopska salad is one of the most popular salads offered in almost every restaurant and café in Bulgaria. It is made up of tomatoes, red peppers, cucumbers, red onion and white feta cheese on top. This particular dish is very traditional in Bulgaria. This can be bought from the restaurant at The Clara Hotel Bulgaria if you are looking for a cheap hotel Bulgaria nearby a local airport then look no further.

In the summer months the Bulgarian markets come alive with tourists wanting some of the cared for fruit and vegetables sold by ladies who, a lot of the time grow their produce in their own small gardens – which is why organic produce is of high importance to Bulgarians as it is a form of employment for many.

There is an outdoor market in Sofia, namely The Ivan Vazoy market, there you can travel to find almost everything that is sold is handmade or organically sourced and grown. This marketplace is one of the largest compared to other nearby market areas, it is located in Sofias south park of “Yuzhen Park” as it is known locally.

While walking through the outdoor markets you may be offered to sample some of the home grown produce, local Bulgarians will only offer samples of their produces as they are confident it is the best quality and taste. I, personally am very fond of the fresh Bulgarian watermelon – it is the most mouth watering fruit I have ever tasted. I have tried water melons in Ireland, the UK and Spain and none compare.