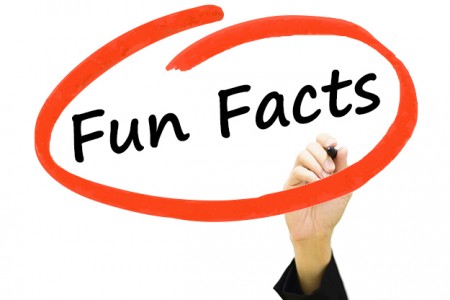 Fun and Interesting Facts About Bulgaria

Bulgaria is a fascinating country, and in many ways an interesting one. In this blog post, we are going to tell you some funny things about Bulgaria that’s going to make you shake your head in disbelief.

Here are some of the funniest and most interesting facts about Bulgaria...

Fact #1: When Bulgarians shake their heads, they mean yes. And when they nod, they mean no. That’s amazing isn’t it? This goes against the accepted mode of communication across most cultures in the world. So as a tourist in Bulgaria, you are warned! When you’re approached by a tout trying to sell you something you have no interest in while shopping in Bourgas, nod your head – that means NO!  Or “Ne” as we say it in Bulgaria.

Fact #2: Bulgarians are crazy about football. They had a very good football team in the 1994 World Cup in the USA. That was when Bulgaria’s favourite son, Hristo Stoichkov, scored 6 goals, winning the Golden Boot. Stoichkov was a world class footballer who also played for Barcelona FC.  If you want to make a Bulgarian happy, tell them how you supported their team in the 1994 World Cup and how Stoichkov was one of your favourite players when growing up and watching football.

Fact #3: There are literally thousands of magazines and newspapers in Bulgaria. Bulgaria has true freedom of press, and the media is completely de-regulated in the country. So anybody who can start a magazine or a newspaper can do so. There are no restrictions whatsoever. Nobody really knows how many publications are there in Bulgaria. This number changes every week. You have new publications coming every week, and many disappearing as well.

Fact #4: Mark Zuckerberg’s family is from Bulgaria. Did you know that Facebook founder and one of the richest men in the world, Mark Zuckerberg has Bulgarians origins? That’s true. Mark’s grandfather, Marko, was a Bulgarian. He immigrated to the United States from Bulgaria in 1940 to escape the persecution of Jews across Europe by the Nazis.

Fact #5: Bulgaria has its own version of “American Idol”. It’s called Bulgarian Idol and it has a massive following across the country. Bulgarians fancy themselves as singers and there’s a lot of competition to get into the Bulgarian Idol.

Fact #6: The Bulgarian Air Force was the first to develop an air-dropped bomb. They did so in 1912, and were soon emulated by other European countries.

Fact #7: A Bulgarian politician was fired for spending too much time playing Farmville. Dimitar Kerin was an unfortunate councillor based in Plovdiv City who was caught playing Farmville at work and was fired so that he could devote more time to his virtual farm. That’s funny!

Hope you liked this blog post. Did we make you laugh? We hope we did!