Differences in Irish and Bulgarian Culture for holidays
June 09th 2015 10:06 am 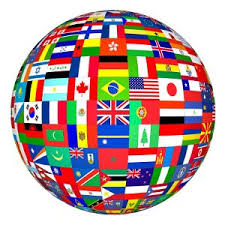 In terms of service, yes the typical Bulgarian tends to be laid back and easy going. Maybe the reason is the cost of living. Most Bulgarians do not get paid a big wage compared to U.K/Irish people but the costs of things like food or drinks or general everyday consumables is a lot cheaper than the U.K /Irish equivalent and therefore it takes less money in their pockets than it would if they lived in Dublin or London.

Most of the young Bulgarians who work in Hotels and complexes either in Sunny beach or in fact anywhere along the Black Sea coast speak English and although their wages are low in comparison to a person working in a Hotel in Liverpool or Cork, the tips they get from U.K/Irish within these apartment complexes are all really the cream for them.

Perhaps their easy going, laid back attitude, is a simple reflection of the fact they don’t need the money as much as their counterpart in Birmingham or Drogheda! Now it’s a proven fact we all chase money (well most of us) and everybody needs money but this may be one reason why they don’t jump to attention when an Irish man calls for a drink or a English lady asks where her starter is when she has already ate her dessert!

Maybe it’s just a cultural difference? Is it the Communist influence passed down from generation to generation? Of course for an outsider it is hard to comment on the negatives or positives of Communism on any group of people but on the face of it, if your grandparents had no motivation to work because their wage was equivalent to the next mans and working harder or longer had no impact or monetary gain then the motivation wasn’t there and that was maybe what was passed down, generation to generation and now we find young Bulgarian men and women simply following in their parents footsteps? Again, these are all just questions and opinions and maybe the whole idea that the Bulgarians are laid back and easy going is because the U.K/Irish opinion of service is simply just people trained to act falsely, all in the hope of better tips and keeping a job?

So in conclusion, the questions remains, is the Bulgarian laid back attitude really the ‘wrong’ way to act or is it just as life should be and we Irish/U.K people would need to actually get a life?