Challenges Faced by the Fast Growing Bulgarian Tourism Industry
May 26th 2017 10:05 am 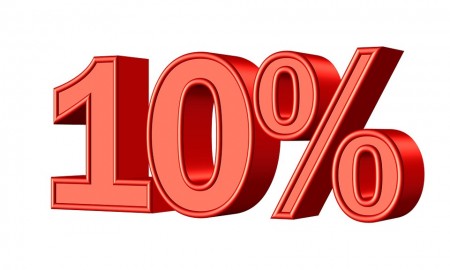 Regular readers of this blog would be familiar with the rapid strides made by Bulgaria in tourism. Over 8 million foreign tourists visited Bulgaria in 2016, which was a record. The number is expected to be even higher in 2017.

However, as every fast growing industry, the tourism sector in Bulgaria is facing growth pangs. We discuss the challenges faced by the Bulgarian tourism industry in detail here. But first things first, are you looking for a hotel in Bulgaria close to airport? You can’t go wrong with Clara Hotel, one of the best hotels in Burgas.

The biggest challenge faced by the Bulgarian tourism industry is a serious labour shortage – there just aren’t enough workers here in the tourism and hospitality sector. The reason is many young Bulgarians would rather work in the tourism industries of Spain and Greece, where they get paid much higher salaries.

The Ministry of Tourism expects a 10 percent increase in the number of tourists visiting Bulgaria this year, which is good news. But the country is still short of 15,000 to 25,000 workers in the tourism business.

As a result, the Bulgarian tourism industry is looking to bring in people from other Eastern European countries to work in the tourism industry. But this is easier said than done.

Elena Ivanova, a business owner based in Sunny Beach talks about the country’s predicament in an interview with BIRN:  "I am very worried. We are bringing in more foreign tourists because of different geopolitical factors - but how are we going to provide them services? Only foreigners can offer us some perspective.”

She adds that the best Bulgarian workers seek jobs abroad, and those who remain are “young and unqualified people who do not want to work”.

So far, the tourism industry has been able to manage by recruiting workers from Ukraine, Macedonia, Belarus and Moldova, which have large ethic Bulgarian communities. The young people from these countries are ambitious and hungry for work and are willing to take up summer jobs at Bulgaria’s popular seaside resorts such as Sunny Beach.

As long as this does not change and the workers are not paid more, the Bulgarian tourism industry will find it difficult to hold on to its best and brightest talent.

That is unfortunate as tourism in Bulgaria has only started to take off. Beach resorts such as Sunny Beach are a major draw, pulling in millions of tourists every year.

There are so many places worth exploring in Bulgaria even in the immediate vicinity of Burgas such as Nessebar, Sozopol Old Town, Pomorie Lake, Irakli Beach, Kavatsite Beach and of course, Sunny Beach. So, while there are a plenty of problems faced by Bulgarian tourism, the opportunities that are available easily make up for that.