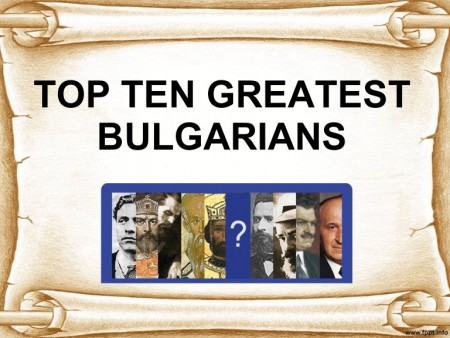 Bulgaria Remembers Its Heroes on the Liberation Day

As you relax in your hotel in Burgas, you may want to take your iPad out and join us as we look back into Bulgaria’s enchanting history. March 3rd is a national holiday in Bulgaria, called as the Liberation Day. It was on this day that Bulgaria was finally liberated from the Ottoman rule.

On this occasion, the valour of the Bulgarian volunteers and Russian soldiers that fought in a war against the Ottoman Empire is remembered in events and celebrations in villages and towns throughout the country.

It was 139 years ago, in the town of San Stefano, not far from Istanbul that a peace treaty was signed between Russian and Turkish forces, after the Russian-Turkish War of 1877-78 that Bulgaria finally became free.

That war is seen in Bulgaria as the Liberation War. Russia, which was sympathetic to Bulgaria, had declared war on the Ottoman Empire back in 1877. The reason was to avenge the atrocities committed against the people of Bulgaria the year earlier, in 1876.

That was a brutal period in Bulgarian history. Tens of thousands of Bulgarians were tortured, incarcerated and many killed by the Ottoman Empire, that ruled Bulgaria at that point. Efforts were made to completely obliterate the Bulgarian culture.

The atrocities were carried out to quell the April Uprising, as the revolution in Bulgaria was called at that point of time. The events were courageously covered by the American journalist Januarius MacGahan, who reported honestly about what happened in Bulgaria during those times, despite great danger to his life.

He was buried later in New Lexington, Ohio, where the tombstone on his grave says, "the Liberator of Bulgaria. It was because of this brave journalist that we know about the horrors of the Ottoman rule.

Over 66,000 Russian soldiers and Bulgarian volunteers were killed in that war, and 140,000 seriously wounded. Over 30,000 Bulgarian civilians were killed as well.

The war may have ended with the peace treaty of San Stefano, but Bulgaria’s troubles did not end with that. Parts of the Principality of Bulgaria, including Macedonia, were lost forever.

Much of this can be attributed to the diplomatic efforts of the legendary Otto von Bismarck, the Prime Minister of Germany, who sought to bring a permanent solution to the fraught situation in the Balkans and protect the interests of Russia, Austria, Hungary and Britain.

The Liberation Day still creates much debate in Bulgaria, at a time when the new Bulgarian President Rumen Radev, is criticised by many, much in the manner of US President Donald Trump, for his closeness to Russia and for his open admiration of Russian President Vladimir Putin.

The politics of Bulgaria are very complex, and it difficult for an outside to truly separate fact from opinion, so we won’t get into that. But there is no question that the modern state of Bulgaria, as we know it was born in the aftermath of the Russian-Turkish War of 1877-78. Just for this reason, the Liberation Day will always be celebrated.