Bulgaria is Now the Fastest Growing Tourist Destination in Europe
April 07th 2017 11:04 am 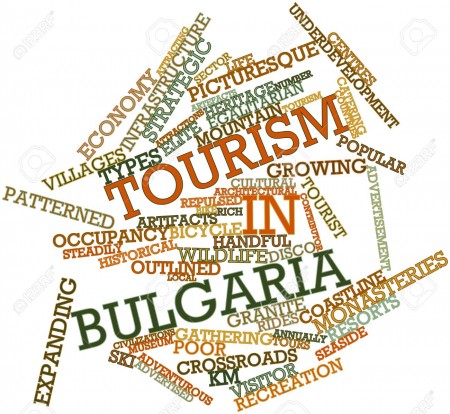 Bulgaria is Now the Fastest Growing Tourist Destination in Europe

Looking for a hotel in Bulgaria close to airport? Did you know there were over 8 million foreign tourists like you who visited Bulgaria in 2016? So, as you can imagine, the hotels in Burgas, such as Clara Hotel, are packed with tourists from all over the world.

Bulgaria has reported the highest increase in tourism ever in its history. Last year, the country experienced a 17.9% increase in tourism, which makes it the fastest growing tourist destination in Europe. The data is according to EuroStat.

Tourists spent 2.8 billion nights at various hotels in Europe in 2016. That has been up by 2 percent since 2015. Spain has been the most popular tourist destination by this yardstick of measurement, with 454 million nights spent in accommodations by paying tourists.

In fact, Bulgaria’s emergence as a prime tourist destination only seems to have started. This Easter Holiday saw an increase of 22 percent in tourist inflows to Bulgaria.

A vast majority of the tourists that make their way to Bulgaria are from Germany, the UK and Russia. There are also a number of foreign tourists coming to the Eastern European nation from Ireland, Italy and Portugal, as well as from countries such as Ukraine, Turkey, Moldova, Romania, etc.

There are many reasons why Bulgaria has become so popular as a tourist destination. For one, its neighbours such as Turkey and Greece, which are traditionally popular tourist haunts, are not so popular anymore.

A lot of tourists are putting off their visit to Turkey because of increase in the number of terrorist attacks there, and reports of serious human rights violations under the Erdogan regime. In Greece, there is a growing refugee problem, and the economic crisis does not seem to be going away any time soon.

Bulgaria fares very well in comparison to these countries. It is a stable democracy and a fast growing economy. There have been no incidents of terrorism here and the country is largely peaceful.

Some places in Bulgaria like Sunny Beach have become very popular. Sunny Beach is a beach resort which is at a short drive from Burgas. Arguably, it is the most popular beach resort in Eastern Europe and draws in millions of tourists every year.

In fact, the peak tourist season in Bulgaria has just started and the country is expected to be packed with tourists for the next 3-4 months. So when are you visiting Bulgaria?