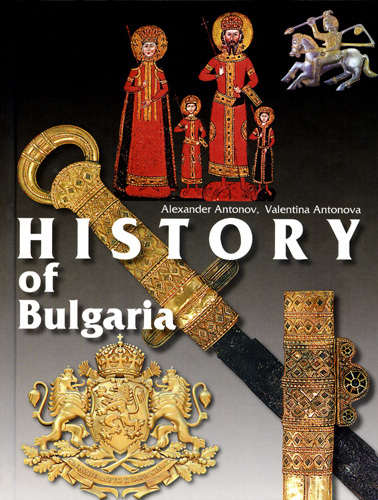 A Quick Guide to Bulgarian History

There is something very fascinating about Bulgaria – the diverse culture, the friendly people, beautiful sceneries and the relaxed, laid back lifestyle. Bulgaria is what it is because of its history, which is as complex as the nation itself.

Here, we present a quick guide to Bulgarian history. So just relax in your hotel room in Burgas, Bulgaria, order a drink and brace yourself for just 10 minutes of light reading.

Bulgaria has always had a picture perfect climate and a very fertile soil. So, many civilizations have wanted to settle here. Bulgaria connects Europe to Asia and Bulgarian history is really a history of several different people.

It was the Thracians who first settled in Bulgaria. There are believed to have made this land their home in the 1000 BC. They had a very advanced culture for their times. There are remains of the Thracian Civilization in many parts of Bulgaria. The Thracians died out as they always fought amongst themselves and were never united.

The Thracians were succeeded by the Slavs, who were the first authentic Bulgarian civilization. They were a peaceful tribe from Central Asia who were allowed to occupy Bulgaria by the Romans, who were the preeminent power of those times.

The Slavs were conquered by Bulgars, a warlike tribe that came from Central Asia as well. The Bulgars mingled with the Slavs and adopted their culture. The two communities merged to become the very first Bulgarians. They ruled Bulgaria for almost 1000 years till the country became a part of the powerful Ottoman Empire in 1400 AD.

Bulgaria was a part of the Ottoman Empire for almost 500 years. The Ottomans were ruthless conquerors, who obliterated half of the Bulgarian population. They put down all rebellions with brute force and forced many Bulgarians to convert to Islam.

The Bulgarian culture survived only in remote mountainous regions such as Strandja. Revolutionaries like Vasil Levski fought fearlessly for Bulgaria’s independence. His execution in 1876 started a massive uprising against the Ottomans. But it proved to be an unsuccessful one and 30,000 ordinary Bulgarians were killed.

It was only after Russians decided that enough was enough and attacked the Ottomans that Bulgaria got its independence. But it was never easy for Bulgaria it became a pawn in the hands of powerful forces.

During the World War I Bulgaria sided with Germany and ended up paying massive reparations to the winners of the war. The period from 1913 till the World War II was a one of great economic hardship in Bulgaria.

Bulgaria remained neutral during World War II. Yet it was occupied by Germany. Despite great pressure from the Nazis, Bulgarians refused to attack their Russian friends. Eventually they were liberated from Nazi Occupation in 1944 by the Russians.

Following the end of the World War II, Bulgaria became a communist nation and a close ally of the Soviet Union. Massive efforts were made to transform Bulgaria into a modern industrial state. But the economy stagnated and the government was repressive.

It was only after the breakup of the Soviet Union and the fall of Communism in 1991 that Bulgaria achieved true independence. The 1990s were a period of great struggle in Bulgaria; it was ravaged by strikes, demonstrations and great strife. But the country transformed itself into a free market democracy in the early 2000s and is today a proud member of the European Union.