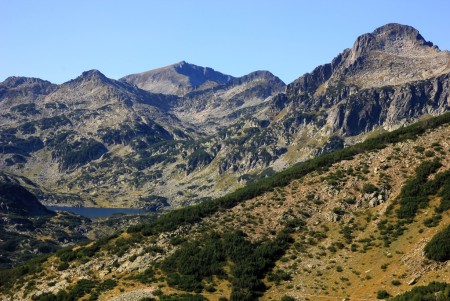 If you’re visiting Bulgaria for the first time, you may be curious to know about the history of this very interesting country. What are the factors that made Bulgaria what it is today?

Before we take a quick look at the recent history of Bulgaria, did you book a hotel in Bulgaria online as yet? You may want to consider Clara Hotel, the best Irish hotel in Bulgaria, located at Sarafovo, at a 5-minute drive from the Burgas International Airport.

The recent history of Bulgaria begins with the World War II. Bulgaria declared its neutrality at the start of the war. But to avoid confrontation with Adolf Hitler, the militarily weak Bulgarian government took the decision to join the Axis forces, allowing Nazis into the country.

However, Bulgaria refused to declare war on its traditional ally Russia at the behest of Hitler and refused to hand over its 50,000 Jews to the Nazis. Then, the Allied forces inflicted heavy damage on Sofia with air raids in 1943-44. Russia invaded Bulgaria soon after.

By 1944, a group of communists had assumed power in the country and members of the old government were sent to prison or executed. That was the beginning of Red Bulgaria under the Fatherland Front.

The communists won the November 1945 elections and created a new constitution under the Soviet model. The People’s Republic of Bulgaria was formed on 15 September 1946.

Communist ideas such as collectivisation of agriculture, abolition of private business and state control of the industry were established.  Bulgaria did fairly well under Soviet protection from 1954 to 1989 because of cheap oil, electricity, etc. that were provided to them by the USSR. But this came at a price. Dissidents and minorities were persecuted and free speech was not allowed.

1989 was an eventful year in Bulgarian history as the Communist Party was forced to relinquish its hold on power.  Bulgaria decided to become a democracy and the first parliamentary elections were held.

The communist-led BSP came to power, only to lose favour with the electorate soon enough. They were replaced by the opposition UDF, who did not stay in power for too long.

The 1990s were a period of great political instability in Bulgaria and it was chaos all around. The economy was deeply affected and there were serious food and fuel shortages. The living standards in the country had dropped to a great extent.

In 2001, Bulgarians voted for their former king Simeon Saxe-Coburg, or Simeon II, as their new prime minister.  The new government under Simeon II pushed for membership of the NATO and the EU and introduced a number of major economic reforms.

Bulgaria became a member of NATO in 2004 and joined the European Union in 2007.  Since then the Bulgarian government has been committed to improve the living standards in the country and bring them at par with the rest of Europe.

Bulgaria is a middle income country today with a GDP per capita income of $6,819 (according to the World Bank.) Corruption remains a major issue in the country, but things are changing fast. There’s a lot of curiosity about Bulgaria and it is fast becoming a major tourist hub in Eastern Europe. Ordinary Bulgarians are generally very optimistic about the future of their country and so are we!