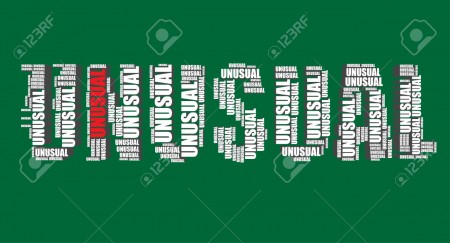 6 Unusual Reasons to Fly to Bulgaria

Are you looking for a reason to fly to Bulgaria? We give you not one, but 6 reasons – unusual reasons - to catch the next flight to Europe’s most under-explored country.

But first, did you book a hotel in Burgas as yet? You may want to have a look at Clara Hotel, which is a popular Irish run hotel in Bulgaria close to airport.

Here are 6 unusual reasons to fly to Bulgaria…

Reason #1: You won’t be scared of heights anymore.

When you go to Bulgaria, you should definitely visit the seven hills of Plovdiv, get to the edge of the Kopitoto and take a hike at the Seven Rila Lakes. You will be treated to some breathtaking views here, which are certain to help you get over the fear of heights. You will enjoy the sights and the sceneries, and get an exhilarating feeling as though you are on top of the world.

Reason #2: The churches in Bulgaria are spectacular.

Bulgaria has a rich and varied history, and has a strong Christian culture, which has survived despite 500 years of Ottoman Rule, during which all signs of Christianity were brutally suppressed. There are stunning monasteries and churches across Bulgaria which are well preserved despite being hundreds of years old. Do visit them and get a sense of the pride that Bulgarians have in their Christian heritage and the struggles they have had to go through to hold on to it.

Reason #3: You will love dancing in Bulgarian restaurants.

Bulgarian nightclubs are full of scantily clad young women and we don’t recommend them to those that have families with them. So, if you have your family with you, why don’t you dance with your partner around the dinner table in a quiet restaurant in Bulgaria? That would be so much more romantic than dancing in the neon lights of a nightclub. You could also watch a traditional folk dance performance.

Reason #4: You will love feta, the Bulgarian cheese.

Feta, or the Bulgarian cheese is absolutely delightful. It’s refreshing, nourishing and adds taste to any breakfast. Prepare a lean with white pastry, pair it with tomatoes and add feta to taste. You will just love it!

Reason #5: The Bulgarian food is really great, and it’s so cheap!

Bulgarian food is one of the tastiest in the world, and very healthy too, as it adds little or no calories. And it’s incredibly cheap. You could have a sumptuous dinner at a nice Bulgarian restaurant for just $10. You can basically have as much food as you want without having to spend too much on it.

Reason #6: The locals are a really cool bunch.

One reason to visit Bulgaria is that the locals here are really nice. They are a chilled sort, who are relaxed and laid back. They are always eager to hold a conversation with foreign tourists, are inquisitive by nature and so very funny! Plus, most of them speak English, which makes things so much easier for you. You’re going to make a lot of friends in Bulgaria for sure.