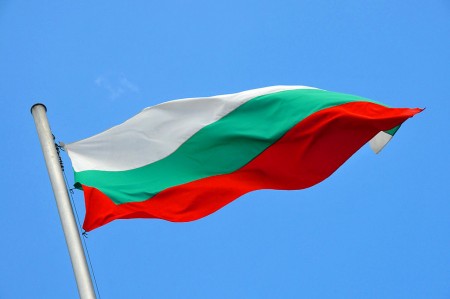 Are you visiting Bulgaria for the first time? Looking for hotels in Sarafovo? Clara Hotel is a cheap hotel in Bulgaria close to the Burgas Airport, which you may want to consider.

No doubt you are excited about your visit to the country. There are so many things about Bulgaria that you probably didn’t know about. Here’s a look at a few of them.

#1: Bulgaria is the cheapest place to visit in Europe.

According to the Post Office, Bulgaria’s most popular destination, the beach resort of Sunny Beach, is the cheapest resort destination in the world. Bulgaria is a very cheap country with a very simple way of living.  You can have a dinner for two at a decent restaurant for just 10 EUR, coffee for just 2 EUR and a pint of beer for just 1 EUR. You can take a city taxi to anywhere you want to go for under 5 EUR. You can watch a movie at a multiplex for about 7 EUR. It’s really cheap here.

Bulgaria has been through the brutality of the Ottoman Rule, and five decades of Communism, but somehow has held on to its religious past. The cathedrals of Bulgaria have been well preserved through centuries. St Aleksander Nevsky Cathedral in Sofia for example is imposing. It is one of the largest Eastern Orthodox cathedrals in the world and the second largest in the Balkans. It is capable of holding as many as 10,000 people at a time.

Bulgaria has been home to many civilizations, such as the Roman, Thracian and Persian. Do visit the Roman amphitheatres here, including one at Plovdiv, which is remarkably well preserved and are even today used for shows. It can easily hold 3,500 spectators.

#4: Bulgarian food is delicious and sumptuous.

Bulgarian dishes are incredibly delicious, sumptuous and tasty, while being healthy at the same time. They add little or no calories and are ideal for weight loss. Some of the Bulgarian dishes you may like are kyufte, Bulgarian meatballs, fresh fish, gyuvech, vegetable stew, and breakfast options such as pogacha and kravai.

You will love Bulgaria’s national drink, rakia, which is an alcoholic beverage, a local version of beer or a fruit brandy made from fermented grapes or plums. It is an integral part of most Bulgarian dinners. It would be impolite to refuse a glass of rakia when you are offered one during your visit to the country.

#6: Bulgaria has some of Europe’s best ski resorts.

Borovets is one of Europe’s oldest ski resorts and has served several generations of Bulgarians. Bansko is considered to be Eastern Europe’s finest and cheapest winter destination or ski resort. Bansko has hosted many skiing competitions and is visited by hundreds of thousands of tourists every year. It is just as good as any ski resort in France, Italy or Switzerland, and a lot cheaper.