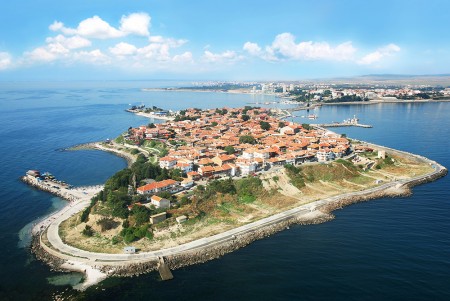 Are you planning to travel to Bulgaria soon? You should certainly book a cheap hotel in Bulgaria before even getting started, such as Clara Hotel, an Irish run hotel in Sarafovo.

Remember 2016? 2016 may have already been a distant memory for many of us, but for folks involved in the Bulgarian tourism industry still talk about what a wonderful year that was. Over 8.2 million foreign tourists visited Bulgaria in 2016.

That is a stunning number when you consider that the population of Bulgaria is only 7 million! So there were more tourists that visited Bulgaria in 2016, than the number of locals who stay there.

Deputy Prime Minister Valeri Simeonov, said “A safe is opening right in front of us”. His point was that tourism has thrown upon a tremendous economic opportunity to Bulgaria, a once in a generation chance for the people here to transform their lives by participating in the tourism sector and achieve a respectable middle class status.

Foreign tourists are known to spend a lot of money. People generally travel to other countries when they have worked hard for months and need to relax, have fun, enjoy the fruits of the their labour.

As you may expect, there are a number of tourists travelling to Bulgaria from the UK and Ireland. The Brits and Irish were amongst the earliest groups of foreign tourists from the West to discover Bulgaria. They are the most dominant tourists here even today, closely followed by Germans and Romanians.

But in terms of sheer numbers, there is nothing to beat Russian tourists – millions of Russian tourists visit Bulgaria every year. It helps that Russia is well connected by flights to Bulgaria and there are many cultural similarities between the two nations.

As the Minister of Tourism, Nikolina Angelkova says “Bulgarian resorts are safe and preferred destinations.” That is true. At a time when comparable tourist destinations such as Egypt and Turkey are affected by terrorism, political strife and authoritarian regimes, Bulgaria appears like an oasis of calm.

Bulgaria is a safe country, with a low crime rate and with no known incidents of terrorism. We don’t even have a refugee crisis here like so many of our neighbours. Bulgaria is open to tourism and very few countries are focused on developing their tourism market right now as much as Bulgarians are.

Minister Nikolina Angelkova expects the tourism numbers for 2017 to be even higher than that of 2016. She says that she expects 10 percent more tourists to visit Bulgaria in 2017 compared to 2016.

That is a stunning number indeed. 2017 is certainly turning out to be a super year as far as tourism in Bulgaria is concerned, and we expect your arrival here soon!